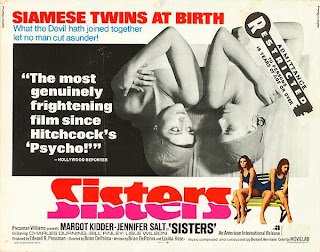 Released in 1973, Brian De Palma's 'Sisters' remains one of his most deliciously voyeuristic outings, beginning with a nod do the title of Michael Powell's controversial film with a TV show named 'Peeping Toms'. The premise is setting up unwitting members of the public in a similar way to 'Candid Camera': in this case, the audience watch the victim watching an apparently blind woman getting undressed to see if he stays the course, or does the right thing and bales out early. Philip Woode (Lisle Wilson)shows chivalry is not entirely dead and exits stage left, going on to start a relationship with Danielle Breton (Margot Kidder); a French Canadian in New York who appears to be a sweet natured beauty with perfect sight. Danielle, however, comes with some rather sinister family baggage: ex-husband Emil (William Finley) is stalking her, and the suggested presence of her Siamese twin Dominique threatens to call time on her sisters new relationship. 'Sisters' has often been accused of being little more than a film full of Hitchcock riffs - a fate shared by other De Palma films. While it's true that 'Sisters' contains nods to 'Psycho', 'Rear Window' and 'Vertigo' amongst others, it successfully builds on visual and thematic links to emerge as a strong film in its own right. The concept of sitting in the dark watching people on a big screen is voyeuristic in itself, but here we have Grace Collier (Jennifer Salt) watching a murder victim smear a blood message on the window opposite just before he dies, and teaming up with private detective Joseph Leach (Charles Durning) when the police refuse to believe a murder took place. 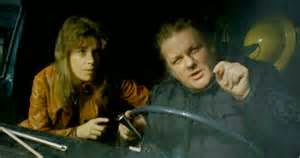 An uneasy sense of being privy to murder and madness in the lives of others is heightened by De Palma's use of split screen, providing additional information to scenes we'd maybe rather not witness but are utterly compelled to watch. The idea of Siamese twins containing a fiercely dominant personality in which darkness edges out the light works wonderfully well here, due in large part to Margot Kidder who turns in some of her very best work in this film. 'Sisters' is certainly not for the faint-hearted, with its bloody murder scenes, brilliant, deeply unsettling set-pieces and rousing Bernard Herrmann score, but it's one of De Palma's finest films and will doubtless win new admirers with Arrow Video's dual-format release. 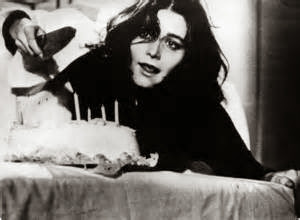 I received the DVD part of the package (due to a Royal Mail foul-up), and can report that Arrow's presentation is the best I've seen of this film to date, with robust colours,a nice level of detail and grain in the appropriate areas.
Once again, Arrow have done us proud with regard to supplementary material, beginning with 'What The Devil Hath Joined Together: A Visual Essay'. This is a 45 minute feature where Justin Humphreys traces production history, and explores the themes of 'Sisters'. As well as the Hitchcock connection, Justin also highlights the influences of other directors, and goes into the De Palma/Herrmann relationship which yields quite a surprise. 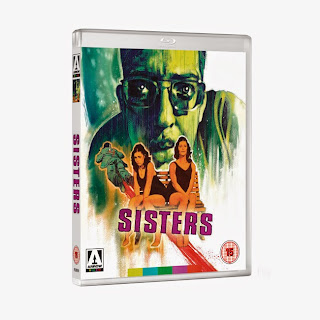 Next on the agenda are cast and crew interviews, which run for over 45 minutes. First up is Jennifer Salt who recalls the roles of Grace and the twins were Christmas presents from De Palma to Kidder and herself. Salt goes on to recall the shoot, including a frenetic last day of filming which turned out to be quite literally a 24 hour shoot.
Louisa Rose, wo co-wrote the script, is next up. Rose charts her beginnings as a writer; her approach to her craft, goes on to declare there was no inspiration drawn from Hitchcock on her part, and remarks she found it interesting to write a script featuring a different kind of killer to the norm.
Paul Hirsch served as editor on 'Sisters', and reveals his first job (De Palmas' 'Hi Mom!')was gained through nepotism. He was actually hired fairly late in the day for 'Sisters', and can lay claim to being the one who suggested his director enlist the services of Bernard Herrmann. Hirsch also explains just why voyeurism is a central part of many of the director's films.
Jeffrey Hayes was the unit manager on 'Sisters' which became his debut feature, and recalls various aspects of the shoot, together with his work on De Palma's 'Phantom Of The Paradise'. Lastly, an excerpt from an audio interview with William Finley is included here, mentioning his early days; his friendship with De Palma and his character in 'Sisters'. All the video interviews were recorded and edited by the High Rising Productions team of Calum Waddell and Naomi Holwill, and provide illuminating additions to this package. 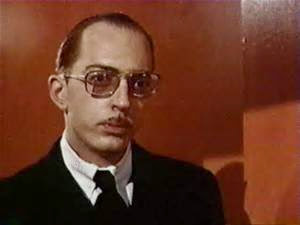 'The Brian De Palma Digest' is a 29 minute excursion through Brian De Palma's CV, written and narrated by film critic Mike Sutton, who reveals 'Dionysus In 69' marked De Palma's first use of split-screen photography. Mike's appraisal of a fine body of work contains great insight, and is absolutely guaranteed to compel you to revisit old favourites and to seek out any titles you have yet to see. A theatrical trailer and gallery of poster designs round things off nicely. Arrow have also included a booklet containing a quartet of essays. The fist is 'The Reflecting Eye:Seeing Double in Brian De Palma's Sisters' by Kier-La Janisse. This beautifully written essay traces De Palma's film back to his earlier output and addresses its psychiatric and medical concerns, acting as a thorough overview of the key onscreen events. 'The Making Of Sisters: An Interview With Brain De Palma' is a reprint of a 1973 De Palma interview with 'Filmmaker's Newsletter', where De Palma discusses technical aspects of the production, including split-screen, his aim in making 'Sisters', the budget and other aspects of the shoot.
'Murder By Moog: Scoring The Chill' is a De Palma article that originally appeared in 'Village Voice on 11th October 1973. Here, De Palma explains how his editor jolted him by adding cues from 'Psycho' to the soundtrack and suggesting Herrmann should be approached to score the film. De Palma has some fascinating stories to impart regarding Herrmann, making this an immensely satisfying read.
'Rare Study Of Siamese Twins In Soviet' is reproduced from an article in 'Life' magazine, dated back to 1966. This tells the story of Masha and Dasha, the Siamese twins that inspired De Palma to make 'Sisters'.

This informative booklet ends with a few words about the transfer. Read the whole thing after you have viewed the film, and then watch the film again with increased understanding and appreciation.

'Sisters' is available to buy now, and is highly recommended as a solid purchase of a film that continues to haunt the mind some four decades on.
Posted by Steve Langton at 07:32