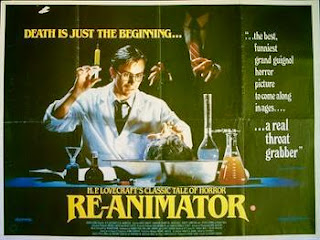 Stuart Gordon and Brian Yuzna first met one year before collaborating on Re-Animator. Gordon, like most of his eventual cast, began his career in theatre and wanted to move into film. He was advised one of the easiest genre's to attract financial backing was Horror. Yuzna wished to move into this area and so 'Re-Animator' was born, after a friend of Gordon's suggested HP Lovecraft's 'Herbert West Re-Animator' as an ideal source. The film takes place at Miskatonic Medical School in Arkham, Massachusetts, where Herbert West (Jeffrey Combs) begins his tour of duty as a new student who accuses Dr Carl Hill (David Gale) of plagiarising the work of an old professor and exposoing his students to arrant nonsense. The arrogant West is experimenting with the aim of bringing dead bodies back to life via a luminous green serum, and soon hooks up with Daniel Cain (Bruce Abbott) who is more dedicated than the average student to preserving life. 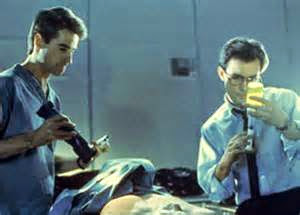 Cain is currently dating the daughter of medical hotshot Dean Halsey (Barbara Crampton, Robert Sampson) and his relationship with Megan is immediately jeopardised by West's bad influence. When West moves into a vacant room in Cain's residence, the tension is ramped up to the max, and his unholy medical practices continue by killing Megan's cat and injecting it with his life restoring serum. Soon, West turns his attention to the bodies in the morgue, and really succeeds in his re-animation technique when he finds freshly deceased bodies yield the optimal results. 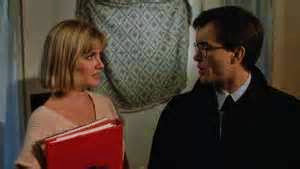 Driven by Richard Band's Herrmann-esque score,this fast-paced film really moves into overdrive as the everyday deceased are joined by medical colleagues and associates whose initial taste of the afterlife are measured in scant minutes, resulting in a crowd-pleasing orgy of re-animated beings, complete with buckets of blood and a side serving of wicked humour which breaks the tension until the next gross-out comes along to assault the senses. ''Re-Animator' is more than just a cult classic to be exhumed once a year at drunken all-night movie binges. It's a genuine Horror heavyweight, with drive, wit and some imaginative special effects. The cast score highly, too, with Crampton coming over a an intelligent heroine; Combs as the brilliant medical deviate and Gale and Abbott in combat as love and hate figures, while Sampson thrashes around and ultimately proves that the father-daughter bond can never be truly severed. 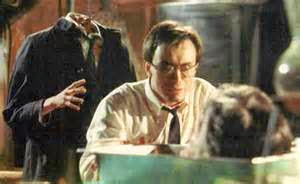 This really is a special film about the bridge between life and death, professional jealousy and sabotage and the way relationships can break down and renew, all mixed in with a brand of classic horror that lived up to the director's declaration of intent to exceed recent Horror classics. 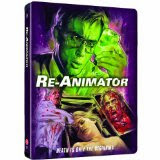 Admirers of this film will be delighted with Second Sight's 2 disc special edition Blu-ray which presents this film in a 4k restoration for the 86m 6s unrated version and the Integral version which runs for 104m 56s.
The Integral version is a combination of the unrated and R versions with television footage and is well worth a view. Additional footage includes a disagreement between Dan and Megan, Hill dreaming of winning the Nobel Prize and Dan talking about turning himself in. Image quality is slightly better on the unrated version which looks crisp with good definition and will delight fans of this film.

On the question of supplementary material, Second Sight's two disc set scores highly, beginning with two commentary tracks. On the first, Stuart Gordon takes the microphone, holding forth on both professional and personal levels. We hear that Gordon's father died while he son was in his teens, and how Stuart had a dream about his father coming back from the dead; he explains why Bruce Abbot's role was the most difficult to tackle, and why Barbara Crampton went ballistic at a Fangoria convention. We also learn that several crew members had just come back from working on 'The Terminator' (James Cameron's father is identified by Stuart in a brief appearance) and the fact that 'Re-Animator' was ahead of its time in certain medical procedures is amplified. It's a splendid commentary and joined by a producers and actors commentary, with Yuzna, Crampton, Sampson, Combs and Abbott. This track goes pretty much the way one would expect from such a gathering, with some great anecdotes and in-jokes. Not a track I'll be returning to anytime soon, but if you like this sort of thing, you'll be hooked. 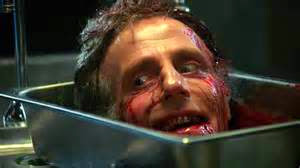 Next up are a series of interviews recorded in 2002, beginning with a Gordon/Yuzna double-header which ruins for 48 minutes. We get to hear about the different script versions, lawsuits, Combs' audition, a nice Roger Ebert story and the amazing audience reaction at test screenings.
A 10 minute Dennis Padi interview is next on the agenda, which covers his approach to script writing; the way the script evolved and a dream sequence that didn't quite work out.

Composer Richard Band is next out of the blocks with 2 interviews. In the first - which runs for 14 minutes - he tells of disagreements with Gordon, his decision to twist motifs and themes from the 'Psycho' score, and his thoughts on the finished product. In the second interview (16 minutes), Band selects 4 scenes and discusses his musical approach and the choices he made. Fascinating, and my current favourite amongst the extras. Fangoria editor Tony Timpone rounds off the interviews with a brisk 4 minute chat which includes memories of meeting Yuzna and his first week at the magazine which coincided with a screening of 'Re-Animator'.

'Re-Animator Resurrectus' follows, being a 68 minute documentary featuring Gordn, Yuzna, Crampton, Abbott, Combs and other cast and crew members. There are some nice visual touches such as make-up script directions, effects tricks of the trade and on-set photographs, together with recollections of how much DOP Mac Ahlberg assisted and advised Gordon, and why the opening scene was re-shot despite lack of funds. It's a fine documentary and is dedicated to David Gale who, sadly, passed away in 1990. The extras also include over 21 minutes of extended scenes, including Dan asking Megan to move in with him and Dr Hill warning Halsey about Cain and West. A deleted scene follows running for almost 3 minutes, with a naked Megan reacting to an injection. The package is rounded off with trailers and behind-the-scenes and production stills. 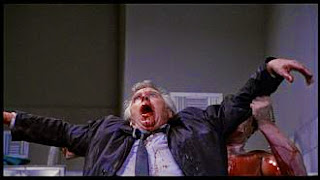 'Re-Animator will be released by Second Sight on 2nd June and consumers can choose from a standard Blu-ray, a steelbook or a DVD. This film really did cross the line when it was released in 1985 and still packs one hell of a punch today. Highly recommended for die-hard fans and the new generation who demand hard-hitting Horror Cinema.