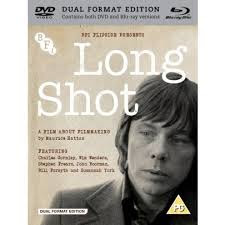 The BFI's 'Flipside' collection of films continues to mine the archives, enabling us to view hidden gems; some of them barely seen for several decades.
Maurice Hatton's "Long Shot" is one such film, shot in 1977 and thrust into the home video spotlight some 40 years later.
"Long Shot" is a film about filmmaking; not the arduous process of shooting and editing, but rather the wheeling and dealing that goes on to secure finance and a name director.

We're in Edinburgh, with the world's oldest film festival drawing a wonderful carnival of actors, directors and audiences to this historic city.
Charlie Gormley and Neville Smith are producer and scriptwriter for "Gulf and Western": a film about the Scottish oil industry, which they hope Sam Fuller will direct.
Fuller is expected to be in town for the premiere of Wim Wenders' "The American Friend", and Charlie is confident Fuller's recruitment will seal the deal with regard to the supremely difficult task of raising finance for his project.
It's a serious business to be sure, but "Long Shot" is peppered with sharp humour; much of it centered round guest appearances from the type of name director they are desperate to enlist. 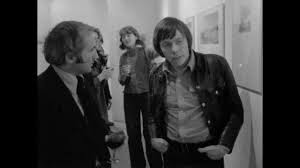 Wim Wenders is one such name, hilariously approached as second choice in case the Fuller gig falls through, while John Boorman provides a wake-up call regarding the script.
Stephen Frears takes the biscuit in a lovely cameo, and Alan Bennet appears as Nev's doctor, facing an acute case of the loneliness of the scriptwriter.
Throw in Susannah York - a distinct possibility for an underwritten part - and you have a lively cast all relishing the game.
Yet more humour is delivered with improvised taxis ferrying the hapless producer from pillar to post, yet with the sobering thought that creative control ebbs away with each and every mile.
Does Fuller ever show up? You'll have to experience this film to find out, but this is a glorious slice of on-the-hoof filmmaking, displaying initiative and enterprise and a love of cinema every bit as prounced as the festival that serves as its backdrop.

The BFI Blu-ray presentation has been scanned in 2K resolution using the original 16mm negative.
Because this low budget film was shot with mainly expired film stock, the image and grain structure are very inconsistent but this is what was originally intended.
All in all, you can be sure this is how the film should look.

The extras begin with "Scene Nun, Take One" (25m 57s)
This 1964 quickie, directed by Maurice Hatton, sets Susannah York as an actress storming off set, and thoroughly enjoying her newfound freedom.
A bank heist and a fashion show are just two of her adventures as, kitted out in full nun regalia, York rally goes out on the lam, culminating in an impromptu dance with two buskers before a delighted audience. Great fun!

"Sean Connery's Edinburgh" (29m 13s)
Made in 1982, Connery's journey through Edinburgh begins in up-with-the-lark mode as early morning milk carts wake a city from its slumbers.
Here, Connery invokes the spirits of Robert Burns, Queen Mary, Alexandra Graham Bell and, of course, Ian Fleming.
The growth of Edinburgh's new town is recorded; golf inevitably rears its head (going back to a time when both golf and football were banned in the city) and the cultural significance of this historic town is lovingly showcased.

"Hurray For Hollyrood" (39m 49s)
This 1986 production makes for a great companion to the main feature, bringing in Neil Jordan, Bill Forsyth, Stephen Frears, Sam Fuller and also includes memories from former Edinburgh film fest directors, including Lynda Miles.
We learn how the festival began - primarily screening documentaries at first - and how it evolved into a truly prestigious event. There's also the lowdown on the infamous "Bloody Mama" controversy, and clips from former fest faves include "Two Men and a Wardrobe", "This Sporting Life" and the wonderful "That Sinking Feeling."

An informative booklet is included with this dual format release, covering the film and additional features, containing new writing from Bill Forsyth, Dylan Cave (BFI)
and Vic Pratt (BFI).
"Long Shot" will be released on 26th June. For me, it's this year's nicest surprise.