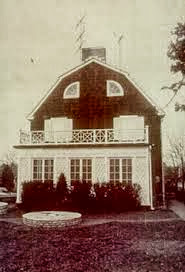 In the 38 years since 112 Ocean Avenue first hit the headlines, this supernatural phenomenon has spawned 10 films and 13 books on the subject. In 1975, the Lutz family moved into a house in Amityville, New York, fully aware that 13 months earlier, Ronald DeFeo jr had shot all 6 members of his family while they lay sleeping. The Lutz's tenure lasted for just 28 days, culminating in a 'night of terror' that saw them fleeing the house and leaving their belongings behind. Claims and counter-claims have since divided both investigative and public opinion as to whether the events really did take place or were simply a giant hoax. While George and Kathy Lutz both went to their graves upholding their claims, son Daniel Lutz has never publicly delivered his side of the story. Until now. 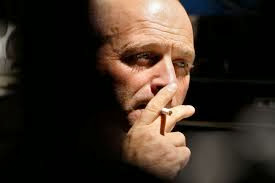 Directed by Eric Walter - responsible for the AmityvilleFiles.com web site - My Amityville Horror takes Daniel Lutz back to the tenth year of his life on earth, with a series of revealing interviews allowing the short-fuse Lutz to state his case. The first questions we really need answering are why Daniel waited until now to divulge his experiences, and why he felt the need to do so? Lutz states the saga had been following him for over 35 years and that it had finally caught up with him. The time to stop running had arrived, and he decided to present his case. So, we get to hear of Daniel's family background, his parent's divorce, and the fact that he was unwilling to accept George as his stepfather: a man, who according to Daniel, had an interest in the occult. Although Daniel's domestic life was unsteady to say the least, he recalls moving into the Amityville house full of expectation that his time there would be happy. Then, the disturbances began. Lutz remembers the presence of 4 or 500 flies in the a bedroom during December; the infamous 'pigs face' at the window; the numerous cold spots with drops of 20 degrees inside 5 steps; the time when his fingers were trapped under a window that left bone on bone and his had swollen to the size of a baseball glove before mysteriously healing, and the sound of a marching band on the stairs. These and many other claims recorded here will be mostly familiar to students of this controversial story, so how does Lutz handle their re-telling? Well, in a confident, unfaltering manner though detractors will doubtless argue he's had a long time to get his story straight and polished. My own reaction is that Daniel's state of mind where his parents are concerned would not compel him to uphold their version of events out of loyalty, and so it's not a great stretch to conclude he really does believe the recorded events did happen.

Joining Daniel in the documentary are Dr Susan Bartell, a psychologist who approaches the troubled waters with caution, and Laura Didio, an investigative reporter who worked on the case as a journalist used to exploring pyschic phenomena. We also see Daniel meet with Lorraine Warren; the surviving half of a demonologist husband and wife team who visited the Amityville house following the Lutz family's departure. Warren really seems to believe something evil resided in the house, at least for a while, and as the investigator of more than 4,000 cases, she'd obviously encountered more than her fair share of fakes during her time. Naysayers have all sorts of theories up their collective sleeves, believing the Lutz's concocted their story to make money to ease financial pressures which may or may not have existed, and there's even a story that the whole affair was dreamt up by George, Kathy and the attorney of Ronald DeFeo.
None of the families who have since lived at 112 have encountered any supernatural phenomena (at least, none reported), but the story lives on with sightseers still visiting this 'house of horrors' which, incidentally, no longer resembles the building of 1975.
Daniel Lutz himself comes over as deeply pyschologically scarred, and various claims such as his witnessing George moving objects without touching them are said with such conviction, it's not too difficult to believe he's describing things as he actually recalls them.

My Amityville Horror is a thoroughly gripping documentary, and a quite remarkable chapter in a story that will run and run. Part of me - ok, a large part of me - wants to believe the events of 1975 really did take place. After viewing this documentary, I'm still not sure, but there is a scene near the end that further adds to the legend when Daniel is asked if he would be willing to take a lie detector test. It's worth noting that George and Kathy Lutz both took polygraphs. Both passed. 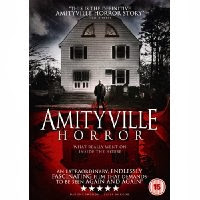 My Amityville Horror will be released by Arrow Films on 28th October.
Posted by Steve Langton at 07:09