Back in the 1970s, football violence in England often consisted of one thousand per side battles between rival fans, either inside the ground or on the way back to the railway station or coach parks.
Bloody confrontations were a weekly occurrence, with police struggling to keep these large groups apart.
As time went by, the police began to tighten their grip on proceedings, becoming wise to when and where these fights would take place. This resulted in the hooligans employing different methods to stay one step ahead of the authorities.
Club colours were discarded; smaller groups set up fights with their rivals miles away from the stadiums and weapons such as stanley knives were used to inflict maximum damage in minimum time. 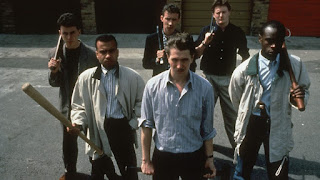 Made in 1988, Alan Clarke's "The Firm" remains probably the best film on football violence, highlighting that this disreputable profession was not solely populated by the disenfranchised but often organised by men in respectable, well-paid positions.
The film follows the activities of The ICC - Inter City Crew - a London firm modelled on West Ham's fearsome ICF and led by Clive 'Bex' Bissell (Gary Oldman).
Bex - a 30 year old real estate agent - leads his mob with a rod of iron, and has ambitions to ply his trade on the international circuit.
The forthcoming European Championship tournament is firmly in Bex's sights, with a national firm consisting of England's finest in need of a leader. The ICC make their way to a swish hotel where their rivals top boys are waiting to stake their own claims. The Buccaneers - led by Yeti (Phil Davis) - and a Birmingham firm fronted by Oboe (Andrew Wilde) fail to agree on a leader, resulting in two organised '0ffs' where last man standing gets the gig. 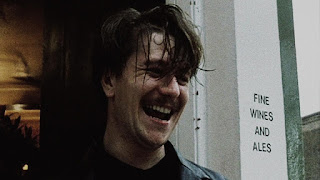 Clarke - a lifelong Everton fan - hated football violence, and shows this bloodsport at its most damaging.
The BFI disc contains the original BBC broadcast which was cut to run at 1 hr 7 mins.
The director's cut is also included, running for 1 hr 8 mins 6 secs.
The additional footage, deemed to controversial to be screened, further amplifies the extreme damage to life and limb, with the revenge attack on Oboe being a strong case in point.
One of the film's sharpest observations is the contrasting effects of football violence on the family unit.
Bex's wife Sue (Lesley Manville) constantly tells her husband that his involvement has to end, fearing for his well being, and there's a particularly upsetting scene when Bex's young son picks up a stanley knife that's lying around like a discarded toy.
Even parents have a role to play here, with a proud dad reminiscing about having it with Millwall back in the day. 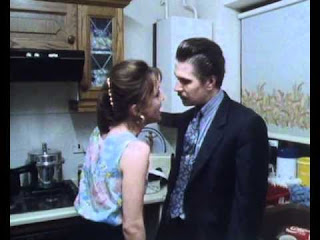 On the casting side, there are some very strong performances. Lesley Manville as the long-suffering wife who reveals her liking for rough sex at the culmination of a disturbing scene that began as something entirely different, while Davis and Wilde are both excellent as contenders for the crown. Best of all has to be Gary Oldman who turns in a frighteningly intense performance, keeping his troops toeing the party line by adopting a rule-by-fear persona and accepting casualties as a small price to pay en route to the coveted number one spot.
For my money, "The Firm" remains the father of football violence films, and is every bit as savagely realistic as the day it came out. The activities portrayed may be offensive in the extreme to many, but it also captures the undoubted buzz experienced by members of football's very own fight club. 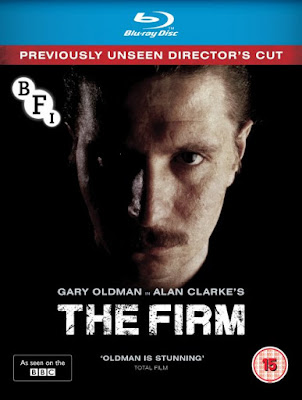 This BFI dual format release includes two commentary tracks. The first features Gary Oldman flying solo: a difficult task, but he acquits himself admirably. He talks about working for the late director; Clarke's methods; John Ward's photography; acting with Lesley Manville (his wife at the time) and throws in some golden anecdotes, including why cast and crew had to receive a police escort when things got a bit hot during filming.
The second track features Lesley Manville, Phil Davis, author Dave Robinson and TV archivist Dick Fiddy.
Lesley talks about Clarke's censorship battles with the BBC; how they shot the scene with the toddler and the knife and why she elected not to inform Clarke before or during the shoot that she was pregnant.
Al Hunter's research for the film is covered - including a meeting with two members of West Ham's ICF - together with much admiration for Clarke who gave his actors room to breathe. Alternative endings for "The Firm" are also discussed.

Next up is "Elephant" (37m 39s)
This controversial short film was screened by BBC2 on 25th January 1989, and turned the spotlight on chilling executions carried out by the IRA.
Almost completely bereft of dialogue, "Elephant" comprises of a series of murders where one, sometimes two hitmen turn up at petrol stations, swimming pools, football fields and houses to kill those who have incurred the wrath of the Irish Republican Army.
Sometimes there is recognition shown by the victims who seem to know the man with the gun, while others stare blankly at the intruder, but the end result is always the same.
Ward's camera lingers on the various death poses, driving home the obscenity of these acts that take place in a world of emptiness where there are no cars, passers-by or shoppers to witness the slaughter.
It's a tough watch to be sure, but it did educate the public over here in England and make them aware of what was happening in Northern Ireland on a daily basis. 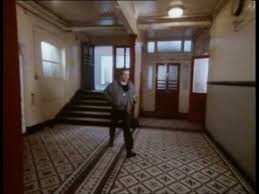 Mark Kermode and producer Danny Boyle offer a thought provoking commentary track where Boyle begins by explaining how he came to work with Alan Clarke. He talks of a man who treated everyone the same; explains why Clarke chose to tackle the subject of civilian murders in Northern Ireland and his reasons for not wanting the film to be shown over there.
Kermode makes some excellent points during the conversation, regarding the settings; the fact that those who got away were not witnesses and declares the murders were un-cinematic.

Open Air Discussion of Elephant BBC1 (21 min)
Screnned on the evening after Elephant's BBC2 airing, Susan Rae presents a phone-in with Alan Clarke taking calls from a largely critical audience. The director was in LA at the time, but close enough to feel the heat from aggrieved callers; some of whom felt his film to be an insult to the people of Northern Ireland.
Clarke defends his work admirably, as does Danny Boyle who appears in the studio for the second half of the programme to take more calls. 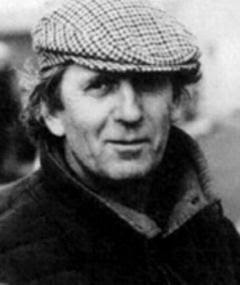 Alan Clarke: Out Of His Own Light part 12 (36m 20s)
A fascinating documentary segment, covering "Elephant" and "The Firm", with valuable input from Brian Cox, Stephen Frears, Paul Greengrass, Clarke's daughter Molly, John Ward and other key figures in this story.
Itr's frequently moving to witness the love and respect they had for this much-missed director and a nice way to end one of the finest releases of 2016 thus far. 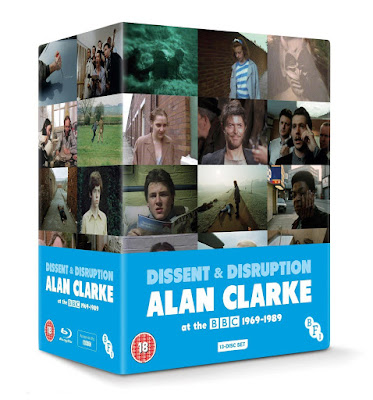 "The Firm" Blu-ray/DVD combo is available now as a separate release, or as part of the BFI boxset:
"Dissent & Disruption Alan Clarke at the BBC 1969-1989".
Take a look at the contents listed below

lthough probably best remembered for the controversial and groundbreaking dramas Scum, Made in Britain and The Firm, the breadth of Alan Clarke’s radical, political, innovative, inspirational work, along with his influence on generations of filmmakers, such as Gus Van Sant, Paul Greengrass, Andrea Arnold, Harmony Korine, Clio Barnard, Shane Meadows, should see him rightly regarded as one of Britain’s greatest ever filmmaking talents.

This long-overdue collection finally brings together all twenty-three of the surviving stand-alone BBC TV dramas that Alan Clarke directed between 1969 and 1989, including such neglected classics as To Encourage the Others, Horace, Penda’s Fen, Diane, Contact, Christine and Elephant, and also includes Scum and the first ever presentation of Clarke’s original Director’s Cut of The Firm, assembled from his personal answer print, discovered in 2015.

Among the extensive extras, which include David Leland introductions, extracts from BBC discussion shows Open Air and Tonight and newly-produced documentaries and audio commentaries, this Limited Edition 13-Disc Box Set also includes a bonus DVD of Clarke’s Half Hour Story episodes, made for Associated Rediffusion during the late-60s.