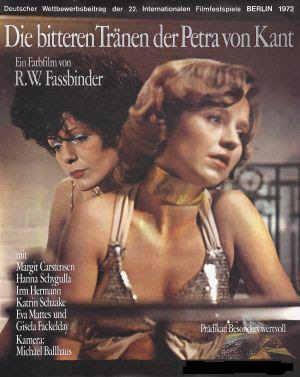 Based on Fassbinder's own play, "The Bitter Tears of Petra von Kant" is set entirely in the bedroom of a Bremen apartment where Petra (Margit Carstensen) busies herself with a successful career as a fashion designer.
We see the cruel side of Petra early on with her callous treatment of servant Marlene (Irm Hermann), and go on to witness a draining downwards spiral as friends, family and a new lover are introduced to us via the all-female cast.
Petra's previous relationships are discussed with Sidonie (Katrin Schaake) while Marlene stands in the background, listening intently as silent witness to stories which contain fabrications, judging by the servant's facial expressions. 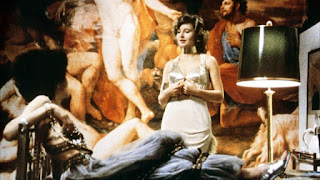 Another visitor to Petra's centre of her universe is Karin Thimm (Hanna Schygulla); a 23 year-old beauty who casts a spell over her host, and becomes her lover following Petra's promise to help turn her into a top model.
Before long, their relationship turns sour, with Karin's treatment of Petra becoming similar to the verbal abuse suffered by Marlene, and the introduction of Petra's mother (Gisela Fackeldey) and daughter Gabriele (Eva Mattes) further increases the harsh words and actions that pour out of Petra. 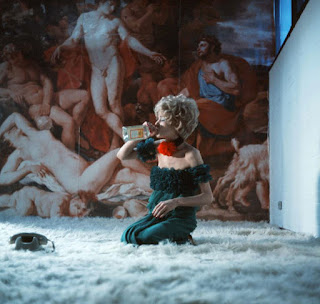 Overall, this is an emotionally draining film, driven by beautifully tuned performances and Michael Ballhaus' photography and lighting.
The bedroom features a reproduction of a painting - 'Midas and Bacchus' by Nicolas Poussin - which, along with Petra's bed, becomes another character in the film, sometimes dominating and always acting as a jury, deliberating on the events with eyes that watch from hundreds of years ago.
Towards the end of the film, life really does imitate art as the occupants of Petra's bedroom practically mirroring the imposing artwork.
The room itself is, by turn, claustrophobic, and sometimes really opens up to characters and their audience, while remaining within the wing of Fassbinder's theatrical direction.
The performances, too, are sympathetic to the story, conveying a multitude of emotions as real despair kicks in.
While Carstensen and Schygulla both excel in their roles, Irm Hermann deserves much praise for her portrayal of Marlene, who sometimes takes the guise of one of Petra's paintings, adopting still-life poses as real life turmoil surrounds her.Whether it's sketching designs for Petra, acting as nurse or simply through the clickety-clack of her typewriter keys, she's always there, right up to the finale which sheds some light on her tolerance of Petra's behaviour. 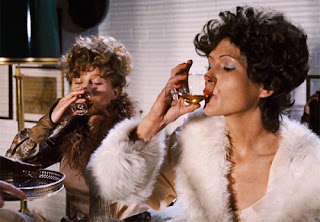 This is top-tier Fassbinder, and ripe for the kind of re-appraisal found in Diane Charleson's excellent commentary track found on Arrow Aacadmey's Blu-ray. 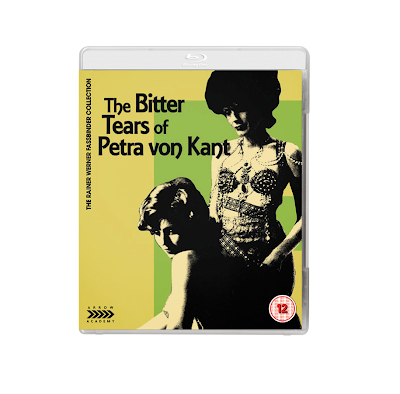 Diane looks at Fassbinder's turbulent family life; influences drawn from American melodrama and Bergman's "Persona"; points out the triangular relationships reflected in the framing; discusses the absence of men in the film and also praises Michael Ballhaus for the fluidity he brought to this production.
It's a stimulating, highly informative track and one that you should return to.

Next up is 'Life Stories: A Conversation With R.W. Fassbinder'. Made for German television in 1978 and moderated by Peter W. Jensen, the interview runs for 48m 29s. 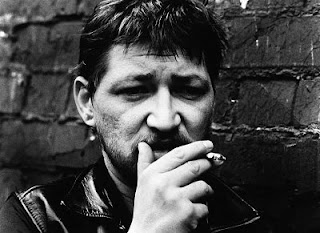 Fassbinder talks about his childhood, his marriage; the reduction of freedom in Germany at the time and of his second home in Paris, declaring he felt more at home there.
"Berlin Alexanderplatz" is also mentioned, and he addresses why his films were not widely known at the time.
It's an enlightening piece, tinged with sadness that Fassbinder died at such a young age.

'Role-Play" Women On Fassbinder' (58m 41s)
Here, Carstensen, Schygulla, Hermann and Rosel Zech paint a picture of what is was like working with a genius who tore of the masks of those he was with.
Hermann talks about their marriage, and why she broke up with him while Schgulla declares his actresses were like "figures on a chess board".
A temperamental, highly focused individual was was a real genius emerges from the memories of some of the ladies who knew him best.
A valuable disc extra indeed.

Once again, this 4K restoration from original camera negatives yields impressive results with a beautiful film-like presentation.
"The Bitter Tears of Petra von Kant is available to buy now. Another great addition to Arrow Academy's catalogue.